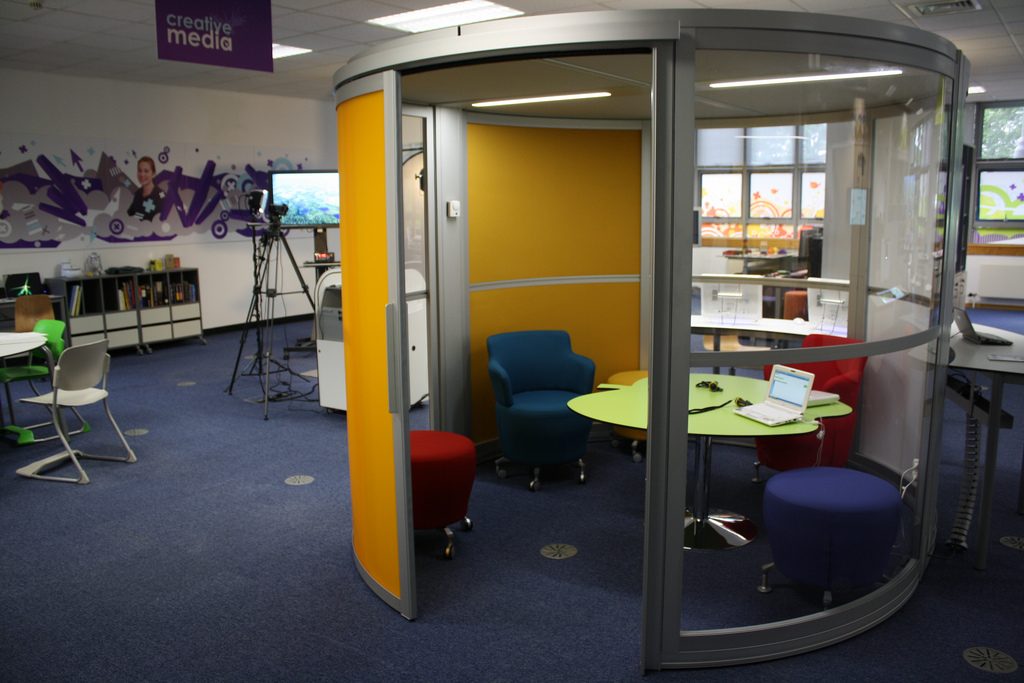 For many of us out there, lack of concentration is an all too common factor. We all handle it differently, but more often than not we just live with it.

On September 3, 2015, a new entrepreneurship program was opened at the University of Tampa. They were called “Think Pods” and they have been renowned for their ability to help students focus, relax, interact with each other, and solve problems. This is not just a trend that has begun in Tampa, but it has recently become a world-wide phenomenon.

Known as privacy pods, concentration pods, or office pods, they can be purchased by anyone who wants to add something new to their life. Designed and manufactured by acoustic companies, they have many different layers of fabric and cloth that act as an insulator as well as canceling out noise in the process. In essence, it makes them sound proof.

According to a study that was conducted at the University of Sydney, approximately 50% of people that work in an open office environment said that lack of privacy was the most frustrating aspect of their work environment. As a result, sound proof office pods and phone booths have been made to create an almost completely silent environment where the only sound is that of your breathing and your heart beat.

See Also: How to Soundproof a Home Office

All pods are not designed the same, but they serve the same general purpose; to keep the focus in and the noise out. The most sought after pods are the office pods that are big enough to have a six to eight foot long desk inside it with room to spare and the smallest are designed for a single person to just do simple paperwork. Some office pods even have a upholstered acoustic office screen that snaps on to the front of the whole pod to make an even quieter area of work or study.

In case a person doesn’t want a completely silent environment, but a quieter one, one of the options are to get work hubs that are placed opposite one another to really isolate the area in between them.

We don’t have to live a life where we don’t receive the concentration we need. In this case, silent treatment is the best thing for you. Consider using a Privacy Pod if you’re in a shared workspace, or soundproof curtains if you’re trying to soundproof a room in your apartment or home.