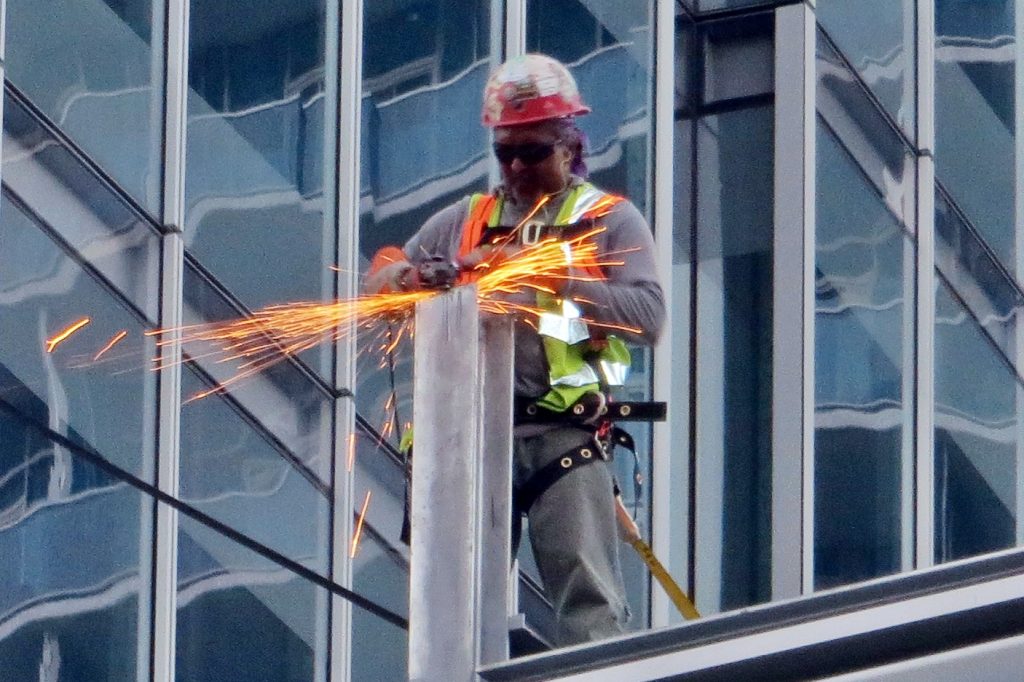 Most of us don’t have to worry about damaging our hearing when we’re at work. Unfortunately, this is the case for many workers from all types of industries, from airports to rock concerts. What’s dangerous about exposing yourself to loud noises for so long is not just hearing loss but also tinnitus, a ringing or noise in the ear that can accompany hearing loss and can make life very difficult, especially if you depend on your hearing. It’s important that if you work in any of these professions that you protect your ears, even if the damage isn’t apparent in the beginning.

Below you may find a list of some of the noisiest jobs encountered in common professions. These are represented as the maximum noise level encountered in each position, rather than a 1-hour or 8-hour average for each. Compare and contrast them against our Common Noise Levels infograph to see where they stack up against quieter settings (libraries and office spaces) and noisy ones, such as music concerts.

If you have children, you know they can’t just sit quietly. Listening to your kid’s scream and make loud noises all day can really disrupt your hearing. Imagine being a teacher or daycare worker surrounded by thirty or more loud children every day, having to constantly raise your voice to get their attention. This can be very damaging to your ears over time.

Just driving 50 mph on a motorcycle can expose the ear to over 90 db of noise under the helmet. When you reach speeds of 90 mph you are starting to get exposed to 100 db of noise. Just 10 minutes of 100 db sound is enough to inflict permanent hearing damage.

Ever been to a symphony orchestra performance and were surprised by how loud the music was? Now picture being part of all that music and regularly being exposed to abrupt sounds. It’s no wonder classical musicians, especially the piccolos (120 db) run into hearing problems further in their careers.

Farm workers are around loud machines and if you’re raising certain animals like pigs, you can expect the squeals to reach up to 105 db of noise.

Like farm workers, factory workers are around big machinery that’s loud, but even more frequently.

Musicians like Eric Clapton, Neil Young, and Jeff Beck are only few of the many rock stars who have really damaged their hearing from playing loud gigs (which is very often). The Who’s Pete Townshed is an example of this misfortune, having lost all his hearing from one ear when his fellow band member Keith Moon blew up the drum set during a live gig in the early 1960s.

On average, those that work inside the club are exposed to a significant amount of noise for extended periods of time. This doesn’t take into account the times when the music reaches up to an ear-piercing 155 dB, the equivalent of a jet engine roaring right in front of you.

The loudest tools on a construction site would be the welding equipment, which can reach noise levels of up to 122 dB. And this exposure doesn’t just last a few hours like some of the jobs listed. This noise can go on all day long.

Formula one races can be so loud that it’s recommended for those watching it to wear ear plug or muffs to protect their hearing. The driver is exposed to much higher levels of noise, sitting very close to the roaring engines.

When a plane takes off, the sound its engine makes can reach up to 155 dB. Airport ground staff are around these planes for their entire shifts. It’s obvious why they have to wear protection on their ears while they work. If they didn’t wear it, just being around this noise for one day would cause permanent hearing damage.

Many professions have noise sources that are very difficult to soundproof. Others, however, may be soundproofed with relative ease. Consider our soundproof curtains if you work in a noisy space that can be cut off or if you have doors or windows that let in too much noise!