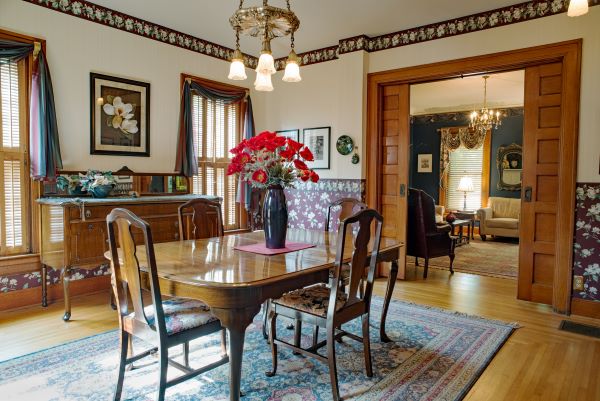 You may or may or may not have pocket doors in you home, but I’ve never been to someone’s house who didn’t have at least one somewhere. If the only pocket doors you have are in the bathroom separating the vanity from the shower, this article probably isn’t for you. This is for everyone who has pocket doors to separate their home office from the rest of the house or maybe it’s your bedroom door, either way we’ll give you some tips on how to soundproof a pocket door below:

The short answer is no – pocket doors do not block very much sound.

Whether or not you chose to have pocket doors or the house came that way when you bought it, pocket doors aren’t very soundproof. The pocket doors in my house barely even close all the way and have a huge gap near the bottom, and that could just be an issue with mine, but it’s also one that’s fixable.

Just imagine, you’re working in your home office trying to concentrate, but all you can hear is the kids running around and the dogs barking. Your office pocket doors are closed, but it almost seems like there’s nothing separating you from the sound, you can’t see anything but can hear everything. Luckily, there’s a solution and it’s actually much easier, and much more affordable than replacing the doors – soundproof the doors.

Wider doorways will require a more complex solution, so we’ll cover these first. Our goal here is to help you avoid completely replacing the doors, because that can get pretty expensive. Soundproof curtains are less expensive than installing new doors, but more expensive than say buying door sweeps or seals. You might think, why would I use curtains over my doors, but don’t worry, it’s something people do.

The AcoustiTrac is very easy to use over wider doorways, because it slides open and closed on a track, rather than rolling up like our other products. There’s also the option for a split panel, which allows the curtain to open in the middle and secure shut with magnets, so it doesn’t hurt the overall soundproofing performance.

When looking for soundproof curtains, always be sure they are STC rated and proven to block sound. If a company tells you how many decibels their curtains reduce, make sure they have an STC rating to back that up, otherwise the curtains likely aren’t sound blocking.

In a single doorway, a smaller soundproof door cover can reduce up to 80% of noise coming through the door itself and any gaps or cracks around the door. The AcoustiDoor is made form the same sound blocking material as the AcoustiTrac – mass loaded vinyl – but rather than sliding open and closed on a track, it rolls up and is secured with straps.

This product is ideal if you have a pocket door into a nursery or another quiet part of the house. The roll up process is a bit quieter than the track option, especially when you choose a magnetic perimeter seal.

When using either the AcoustiTrac or AcoustiDoor, you should make sure any gaps and cracks around your pocket doors have been properly sealed. In my experience, pocket doors always have a large gap at the bottom, otherwise they wouldn’t open very easily if they were dragging on the ground. As long as you take the correct measurements for a soundproof curtains, the overlap will cover gaps. If there are any physical cracks around the door that you think could be letting sound through, seal them up with acoustical caulk.

Now, if you are looking to spend the least amount of money and don’t care about looks, there’s one more option for you. When soundproofing walls, people use just raw mass loaded vinyl, which is at the core of all of our products, but it’s sandwiched between studs and drywall.

However, if you want to soundproof a pocket door with just mass loaded vinyl, you can, and it would be fairly easy. Just cut the material to the size of the door, plus some extra at the bottom to cover that gap and staple it to the door itself. Like I said earlier, it won’t be pretty, but it would be effective and cheap.

Also consider adding door sweeps and door seals along with the layer of mass loaded vinyl to help soundproof a pocket door, and you’ll still spend less money than if your were to purchase a soundproof door cover or a whole new door. One of the main reasons pocket doors are not very soundproof is because of the amount sound that is able to flank, or leak, around the perimeter, which is why it’s crucial to seal those up.

How to Soundproof a Pocket Door

Just as a recap, your best options to soundproof a pocket door include the following: