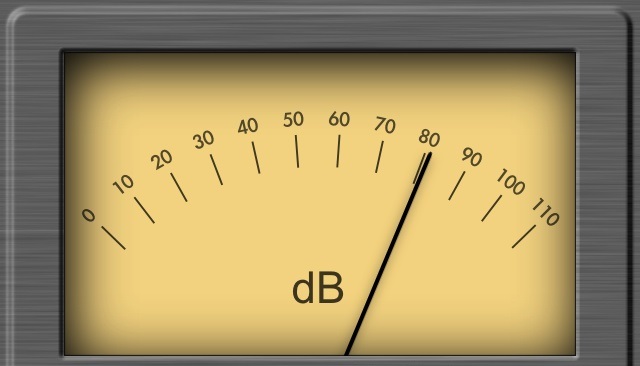 It seems that 0 dB (decibels) should be the minimum noise that a sound can make. How can you achieve a negative sound? If a tree fell in the forest, and people were all around, but it created -10 dB, would anyone hear it??

What do Negative Decibels Mean?

The answer is not as complex (mathematically) as it may seem, since it is based in historical context. When broadcast stations communicated between each other in the not-so-distant past, they had to have a standardized way to send signals back and forth, without allowing the signal to be distorted with “background noise” (RF frequencies bombarding the line from other broadcasts, transmissions, etc.). They used a piece of equipment to measure VU, or Volume Units, above which the transmission would quickly degrade and the listener would hear a poor, static-ridden program.

Take a look at some of these common positive decibel ratings. Breathing is one of the quietest noises on this scale while fireworks are at the top of the scale, although there are noises louder than fireworks, that’s where the threshold of pain begins.

Your AV receiver works in much the same way, sending signals to exterior speakers for the listeners’ pleasure. As you amplify that signal, there is greater risk of distortion, which would be heard from the speaker’s end point. The dB scale works the same way as the positive decibel scale (used to measure sound amplitude) – for instance, an increase from -35dB to -25dB would effectively double the signal, just as an increase from +15dB to +25dB would. That is because the decibel measurement is on a logarithmic scale, so increasing by 10 effectively doubles the amplitude, and increasing by 20 quadruples it.

So in the end, when your receiver displays a reading of -35dB to the speakers, you are not actually hearing -35dB, but instead whatever volume is truly being broadcast from the speaker. The “negative 35” has taken its origin from a time when several different broadcasting groups came together to standardize the broadcasting terminology, and the rest, as they say, is history!

Our soundproofing curtains can reduce the sound you hear even more! Let us know what you think about the product selection, or other articles you’d like to read about.