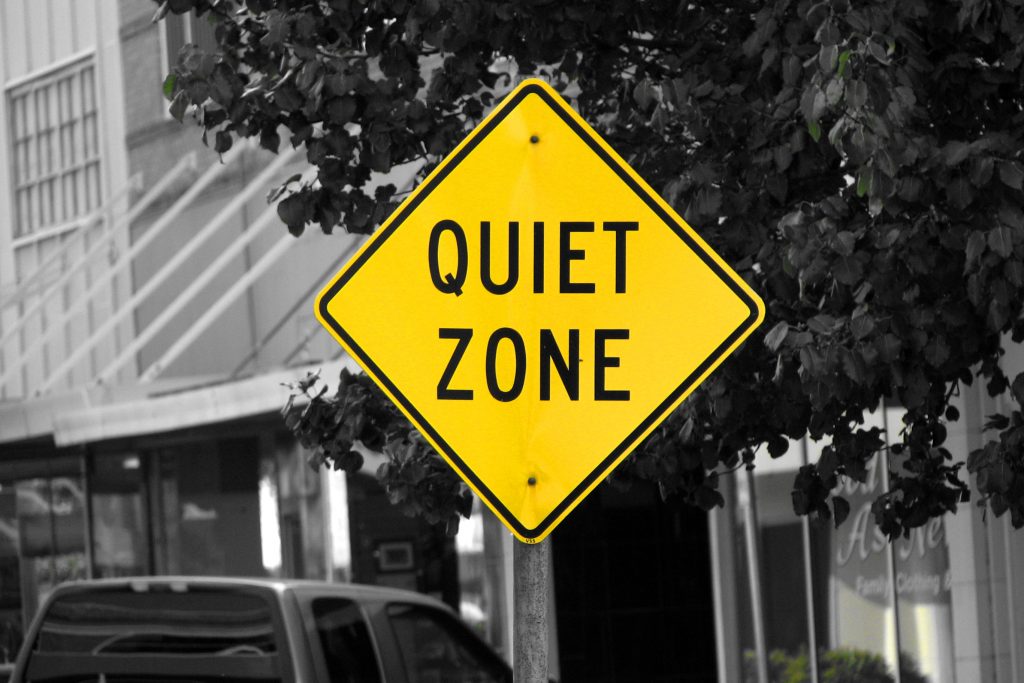 When I lived in an apartment, I experienced all kinds of noises whether it was my upstairs neighbor’s barking dog or the construction of new apartments right outside my window. At the time I didn’t understand which ones were airborne and which ones were structure-borne, but now I do.

The Difference Between Air Borne and Structure Borne Noise

What are the differences between these two types of noise and why does it matter? Well, in order to deal with sound control one must understand how sound travels, and in residential environments it will either be airborne or structure-borne. We’re going to teach you the difference between the noise that’s coming from your neighbor’s lawn mower and your kids footsteps while they run around upstairs.

See Our Ultimate Guide to Soundproofing Your Apartment

What is Airborne Sound?

This type of noise is transmitted by air and atmosphere such as the radio, the barking of dogs or people carrying on conversations. When sound waves traveling through the air reach a building element they hit it and cause it to vibrate. These vibrations travel through the structure or building and are radiated out the other side. Have you ever been inside of your quiet home as a loud party takes place next door or even down the street? It may have felt as if the music was reverberating loudly within your house. This is due to airborne noise traveling through windows and doors which are a major source of sound leakage. 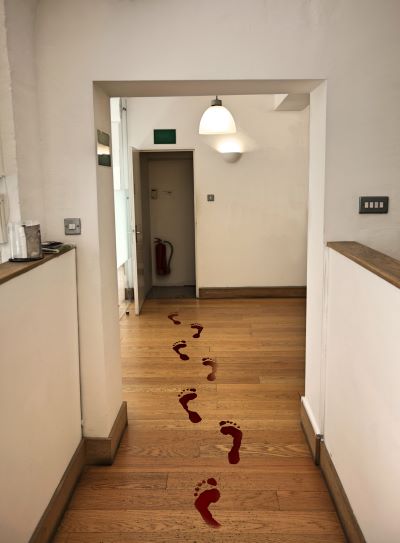 Footfall is one of the most common structure borne sounds that people deal with, especially people who live in multi-level apartments. Some apartment complexes will work to mitigate structure borne sound during construction by adding soundproof floor underlayments under the finished flooring. These udnerlayments act as shock absorbers for footsteps.

What is Structure-Borne Sound?

Structure-borne noises are transmitted when sound arises from the actual impact of an object on a building element such as a wall, floor or ceiling. For example, say you live below someone else in an apartment complex or you live in a two-story house. Whenever you hear someone’s footsteps above you, you’re hearing structure-borne noise.Structure-borne sound occurs because the impact causes both sides of the building element to vibrate, generating sound waves. This can oftentimes be the hardest to isolate.

We know that living in an apartment comes with a lot of different types of noises and we can help you reduce how much of those make their way into yours.

How To Reduce Both Airborne and Structure-Borne Noise

The best way to stop sound is having mass, an air gap and mass again. This ensures that the sound waves have a difficult time penetrating through that space and continuing into your home. For windows, the common understanding is to install double pane windows which are costly and aimed at residents in a permanent location, not apartments. Double pane windows have an average STC rating of about 26. The reality is that double pane windows do little to block the sound and are more commonly used to increase insulation.

For doors, the standard hollow core doors with a ¾ inch gap at the bottom do little to nothing for sound isolation. A solid core door will provide more sound protection, sound still leaks in through the gaps around and below the door. Even small openings within a home such as space around windows, doors, mail slots and vents will allow air to travel directly from the exterior to the interior of a home. Wherever air can infiltrate a home, sound can as well so be sure to add weather stripping for an added seal when possible.

After studying the acoustical sciences we took into account all aspects of sound transmission when designing our soundproofing curtains. Our full line of AcousticCurtains and AcoustiDoors not only have Velcro on all sides to create a firm seal to the wall, the dense core and canvas fabric create the ultimate barrier for maximum sound blocking protection. Independently tested, we have a STC rating of 26. 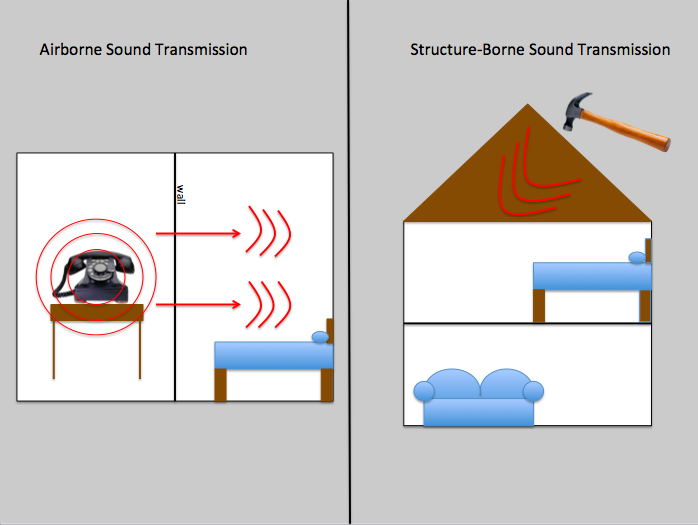 No matter what type of sound it is, you’ll want to keep any unwanted noises out of your house. Whether it’s your neighbors throwing a party, causing a lot or airborne noise, or that new project in your house, causing structure-borne noise, we’re here for all your soundproofing needs.